My Meeting with Jaguar Land Rover

On Monday I met with the Jaguar Land Rover’s Halewood Plant Director Trevor Leeks and UNITE Convener Kenny Smith to discuss last weeks announcement that they would be cutting 500 jobs at their plant in Halewood. 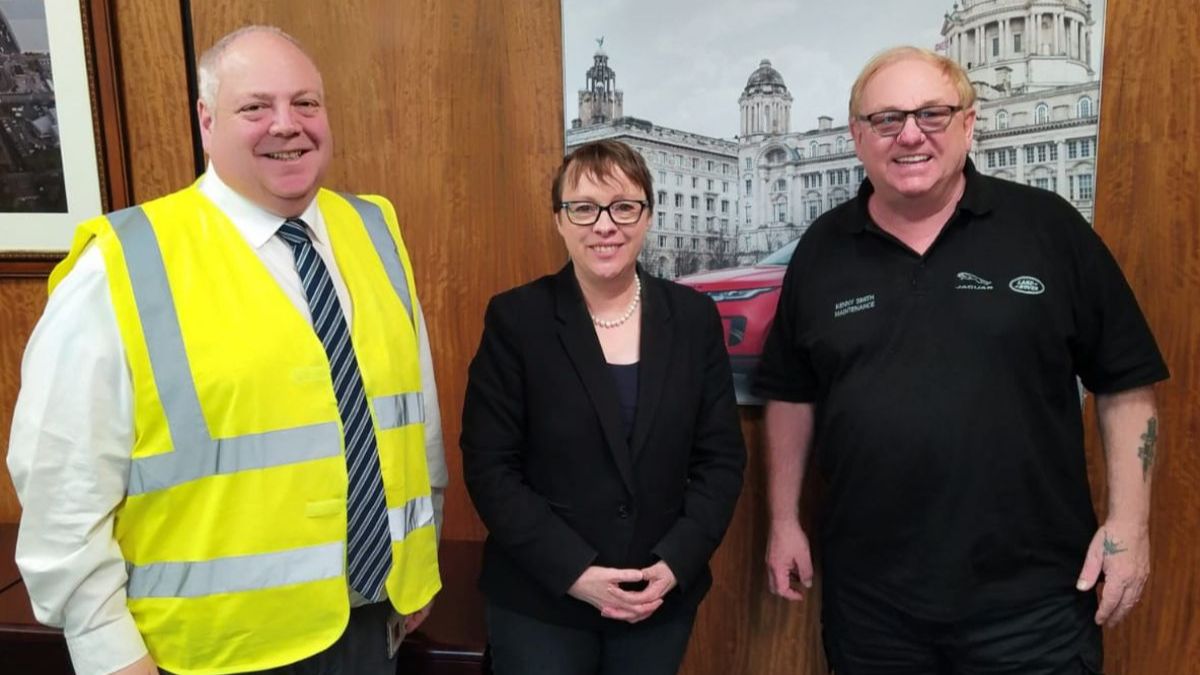 The Plant Director Trevor Leeks assured me that the job losses were part of making the operation at Halewood more efficient and are part of months of planning to deal with the challenges facing JLR which include the technological challenges of having to phase out petrol and diesel engines and a worldwide fall in car sales. He explained that new shift arrangements allow them to reduce shifts from three a day to two whilst producing cars faster.

JLR is planning to produce hybrid cars whilst developing other technologies that don’t use petrol or diesel. I hope that the Halewood plant can be part of that future but it is far from guaranteed. I still have major concerns that the effects of ongoing brexit uncertainty could affect choices about investment and jobs at the plant.

If frictionless trade is not maintained then it will be incredibly difficult for “just in time” production lines like the one at the Halewood plant to continue producing cars. Just this weekend our Government is hardening its rhetoric about diverging from the rules of the single market. Any such divergence will make frictionless trade much, much more difficult

Following my letter to Secretary of State for Business, Energy and Industrial Strategy Andrea Ledsom I have been offered a meeting this week and will be taking my Merseyside Labour Colleagues. I want to get to the bottom of what the Tories are going to do to protect industry and jobs from the risks of brexit.