On Friday Steve Rotheram launched his campaign to become the Liverpool City Region’s Mayor for a second time. MPs, Councillors, and members from all over Merseyside came to show their support. 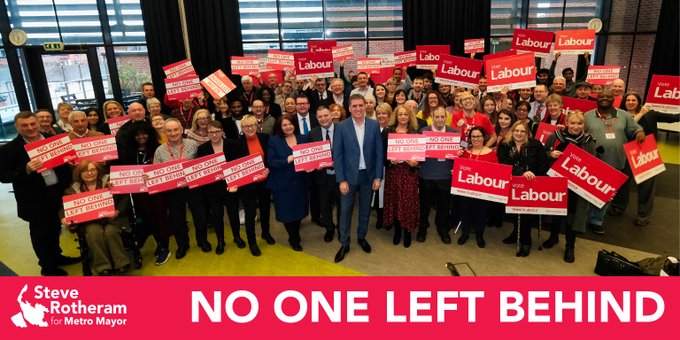 After the recent general election result, it is more important than ever that we elect strong Labour voices to key positions in Merseyside. We need people like Steve to speak up for local people and speak out against the Tory Government.

Steve set out his vision for our region with a pledge to guarantee training or an apprenticeship opportunity to every young person within six months of them becoming unemployed. This would make a huge difference across our region and ensure that no young person is left behind.

This is just one of Steve’s pledges. He also promised to fix our train and bus services making them more accessible and reliable as well as working to tackle climate change by building a “Mersey Barrage” to harness the tidal power of the River Mersey. These policies are ambitious and achievable, exactly what our region needs.

It is clear to me that Steve believes our region can achieve great things and wants to see it thrive. Look out for campaign emails in the coming weeks and play your part in getting Steve re-elected as our region’s mayor.