On Thursday 18th July MPs were called vote on a Lords Amendment that effectively blocked the new Prime Minister from shutting down parliament in order to stop MPs and parliament having a say on a no deal Brexit.

It has been widely reported that both Jeremy Hunt and Boris Johnson were considering proroguing parliament, effectively shutting it down, to prevent MPs having a say on Brexit and forcing Britain to leave with no deal on October 31st, the desired option for hard brexit ideologues on the Tory back benches. 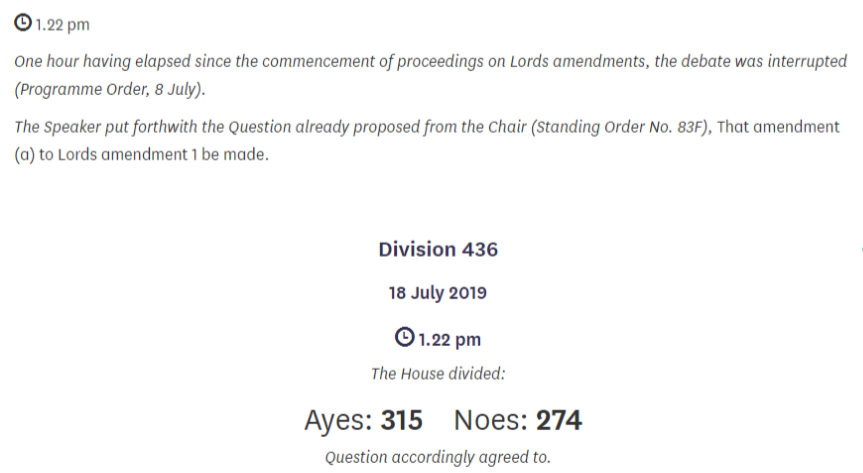 MPs from all sides of the house know how catastrophic a no deal Brexit is for their constituents, causing huge damage to our economy and creating even greater uncertainty for businesses all over the country. Proroguing parliament is deeply undemocratic. Stifling debate and shutting down parliament to force through a dangerous policy is no way for any government to behave and is not the interests of the country.

I voted with my Labour Party colleagues to support this move. Also supporting it were a surprising number of Tories, one minister resigned from the front bench to rebel against their own government and more resignations are expected this week. Overall the amendment won with a strong majority of 41.

Labour MPs can now get on with the serious job of bringing down the Tory Government before October 31st and campaigning for Labour’s new position of calling for a peoples vote, something I have long campaigned for.