Today is Holocaust Memorial Day 2019. It is designed to ensure that humanity does not forget the Holocaust under Nazi persecution and to remember the millions of victims. It is also to remember the victims of subsequent genocides in Cambodia, Rwanda, Bosnia and Darius. This assists today’s generation to challenge hatred and persecution today because they can see where it can lead. 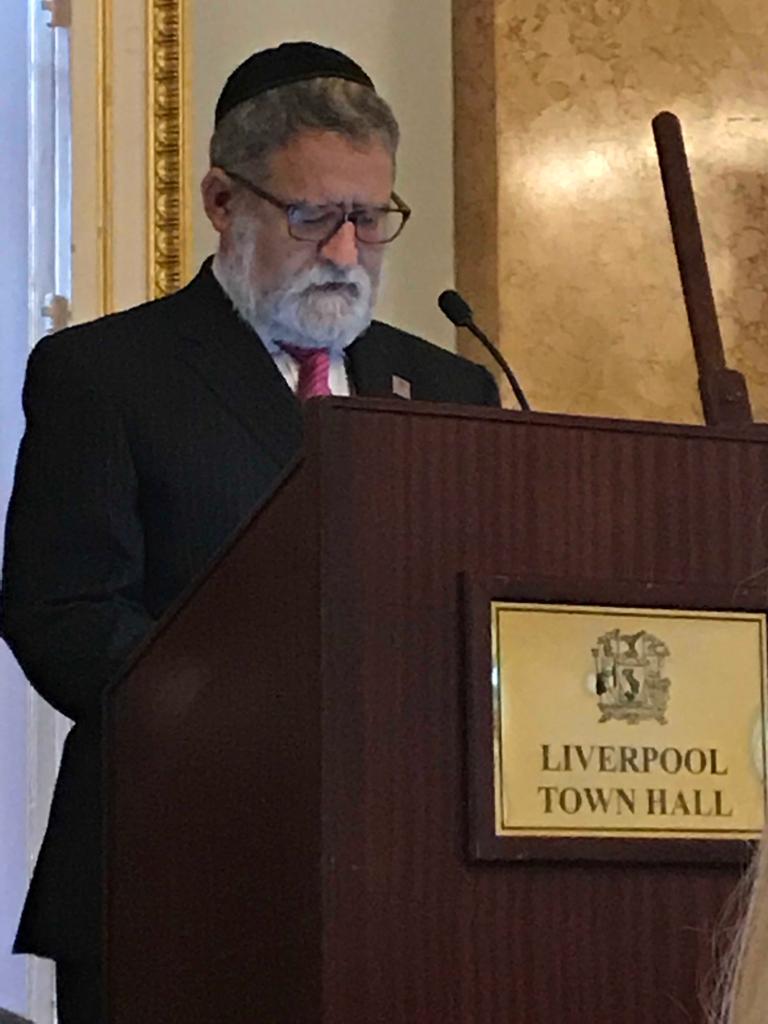 In Liverpool, at the Town Hall on Friday, I attended an extremely moving service which commemorated the victims of the Nazi genocide and also focused on the upcoming 25th anniversary of the Rwandan genocide which began in April of 1994.

It was particularly moving to hear the address of Rabbi Dr Martin van den Berg who shortly retires from his role with the Childwall Hebrew Congregation and the presentation from schoolchildren from around the city who told of the Rwandan genocide under the theme “torn from home”.

Music and singing by pupils of King David High School was extremely impressive.

Today, with hate crime and antisemitism on the rise, it is particularly incumbent upon us to tackle it whenever and wherever we find it.