It is surely a metaphor for the catastrophic and callous way in which the Tories have dealt with our manufacturing industry that they seem prepared to allow almost 40% of a highly skilled shipbuilding workforce to be sacked just before Christmas and months ahead of the beginning of a ten year £619million contract to maintain ships of the Royal Fleet Auxilliary. For the 291 GMB and Unite members, it is an appalling way to be treated when your skills have won that work for the Company. 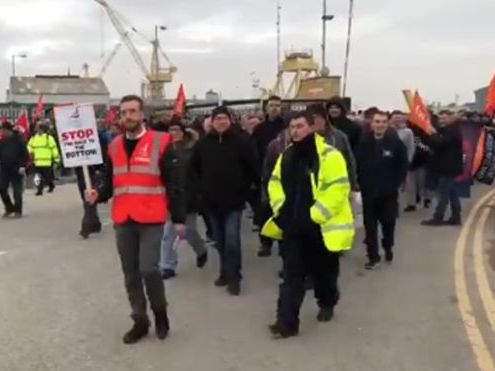 Along with many Merseyside MPs, I have written to the Company asking them to deal properly with their trades unions and answer a number of questions the unions asked us to put to management. I understand that the Company have offered to meet local MPs I respect of this matter and I know that efforts are being made to get union reps invited along, though whether the Company will agree to that has yet to be seen.

Meanwhile, the staff threatened with redundancy are, unsurprisingly, taking industrial action and the solidarity being shown to them by Labour members from across Merseyside, including from Garston and Halewood is entirely appropriate.