Speaking to the European Movement Merseyside

This week I signed a pledge from British in Europe and attended a meeting of the European Movement Merseyside (EMM). Speaking to organisations like these is essential as MPs prepare for more votes on Brexit to be brought to the House over the next few weeks. 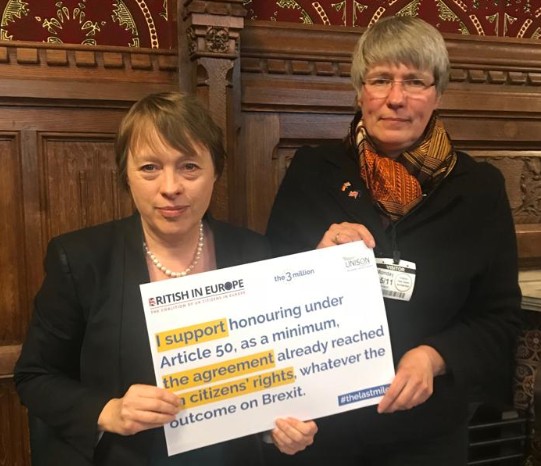 Many of those attending the EMM meeting were European nationals and their families. After speaking to them on Wednesday it is clear that they are deeply concerned about their legal status in the wake of Brexit despite the promises made to them by the Tories.

The Tories are still concealing the details of their deal meaning that Europeans living here have had no reassurance that their lives will be unaffected by Brexit. I told the meeting that my Labour Colleagues and I are working non-stop to secure the rights of EU Citizens in the UK.  That is why I also signed the British in Europe’s pledge calling on the Government to do just that.

Labour MPs are expecting Theresa May to reveal her proposed deal to her Cabinet this week. I am ready to scrutinise and pick apart whatever deal she brings to the House of Commons to ensure that the jobs, rights and freedoms of my constituents are respected. Somehow I doubt the deal will effectively protect any of them.