Labour Fights Back Against Leasehold Exploitation

In the House of Commons this week, Labour’s Shadow Housing Secretary, John Healey MP, challenged Government Ministers to set up an inquiry into the mis-selling of leasehold homes. 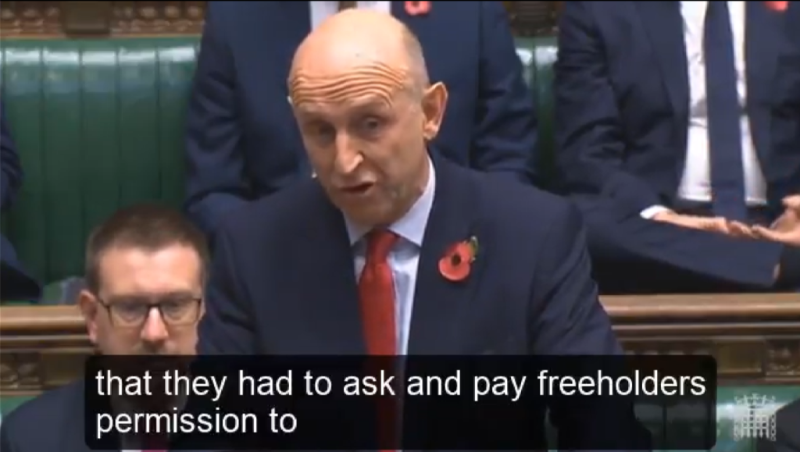 Sadly Leasehold exploitation is a growing problem in my constituency, over 30% of all properties sold in Garston and Halewood are leaseholds. In a recent survey 62% of leaseholders said their home was mis-sold to them.

It is time for the Government to help existing Leaseholders who find they’ve bought their home but still don’t own it and feel ripped off by unfair leasehold contracts. The Tories must act to back an inquiry into systematic leasehold mis-selling as they have done with mortgages and PPI in the past.

The Labour Party is standing up for leaseholders, we will not allow them to be exploited in this way. My Labour Colleagues and I will continue to do everything we can to end unfair leasehold exploitation.