After two years of broken promises by education Ministers, the Government have admitted that there are STILL no academic ‘A’ Level courses being taught in the whole of Knowsley. Any youngsters who want to study them have to leave the Borough to do it. 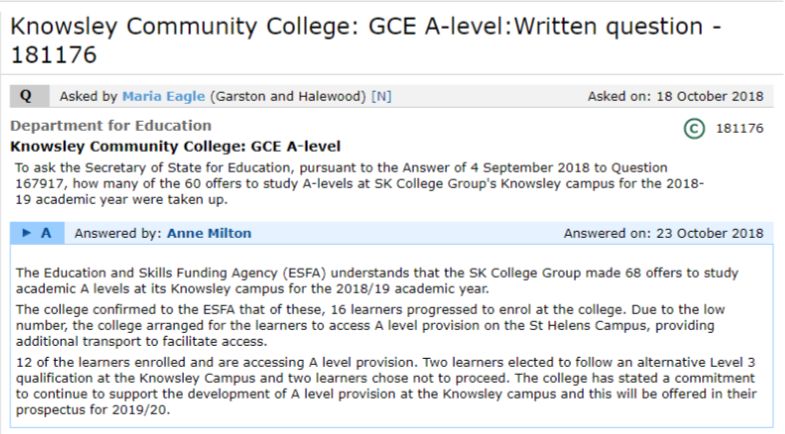 In answer to my written Parliamentary Question, the Government admitted that only 16 of the 60+ offers made to youngsters to study academic A Levels at SK College group were accepted and only 12 are to study academic ‘A’ Levels. They say this is too few to justify the courses being run and the 12 young people concerned are having to travel to the St Helens campus outside the area to do A Level courses.

MPs received assurances from Ministers that this situation was unacceptable and would change. The fact that it hasn’t shows the Tory Government simply does not care about Knowsley and is happy to abandon our young people to a smaller range of choices in life. I will continue campaigning to highlight this disgraceful situation until Knowsley young people can study A Levels without having to leave their communities.