Yesterday I attended a beautiful memorial service at St Nicholas Church for the forty four crew lost when the MV Derbyshire sank in 1980. I was joined by the families of the crew, Mayor Joe Anderson and Lord John Prescott to unveil a new monument pictured above. A fitting tribute to those that died. 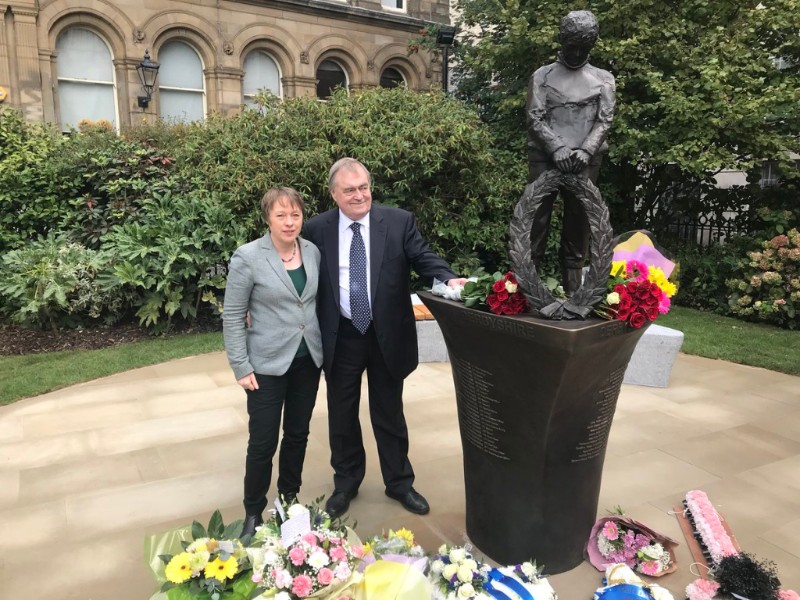 In 1980 forty two merchant sailors, seventeen of whom were from Liverpool, and two of their wives set off on the MV Derbyshire. Sadly the ship and all of her crew were lost in the South China Seas during typhoon Orchid, en route from Canada to Japan.

Repeated calls for an independent investigation into the disaster were ignored. It took until 1987 for the Tory Government at the time to hold an inquiry into the disaster which concluded that the ship sank because it was overwhelmed by the sea, but the families felt that there was an implication that the seafarers were at fault.

Family members of the crew were rightfully angry with the implication that their loved ones had caused their own deaths despite there being no evidence and no way for them to defend themselves.

The families of the crew worked with my predecessor Eddie Loyden, who had been a merchant seafarer himself, in their search for the truth and I ran the campaign when I became the Secretary of the All Party parliamentary Group on the MV Derbyshire shortly after getting elected in 1997.

The publication of the “Report of the Re-opened Formal Investigation into the Loss of the MV Derbyshire” by Mr Justice Colman in 2000 brought a successful end to a 20 year campaign by families to ensure that the people who died in the disaster were not blamed for it. The APPG was central in persuading John Prescott’s transport department to undertake the massive survey of the wreck of the Derbyshire on the bottom of the South China Sea which showed the real reason for the loss was NOT poor seafaring skills by the crew who all perished but poor design of the holds.

I am proud to have been part of this campaign. I urge you to find out more about this disaster and the families search for the truth. You can also visit the monument anytime in the Gardens of St Nicholas Church on the docks.

Watch the full service below.