My Shift with Merseyside Police

I was invited to do a shift with Merseyside Police to experience at first hand the kind of challenges they face. After Govt cuts of £82m with a further £18m yet to be made thanks to LibDem and Tory cuts since 2010, the thin blue line is growing thinner. There has been a 22% reduction in police officers – over 1000 – and 1700 plus cuts in the number of civilian staff and officers. It was apparent that there are significant resulting challenges. 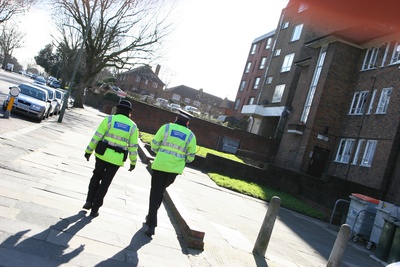 During the day, I joined patrols from Speke police station and from Admiral Street and I would like to thank Inspector Andy Wignall and the local Policing Team I went out with.

There has been a cut of £3.7m to local policing but unlike some forces, the Merseyside police do still attend burglaries, as I discovered. This can reassure the public and the fact that the Officer I was with actually recovered some of the stolen property shows how reassuring this can be.

At Admiral Street, I was welcomed by Inspector Wilson and went out with a response and resolution officer. Constant reorganisations to meet the unprecedented financial challenges has left officers constantly having to cover wider areas and more roles and it is apparent that much of the preventative and proactive work that would reduce criminality and tackle particular issues like guns and gangs simply cannot be undertaken anymore and that is without the increasing challenges of rising crime and internet crime in particular.

From burglaries to mental health crisis, blue light responses to quiet times, I saw a selection of the kind of challenges faced by our police officers every day, patrolling our streets to keep us all safe.