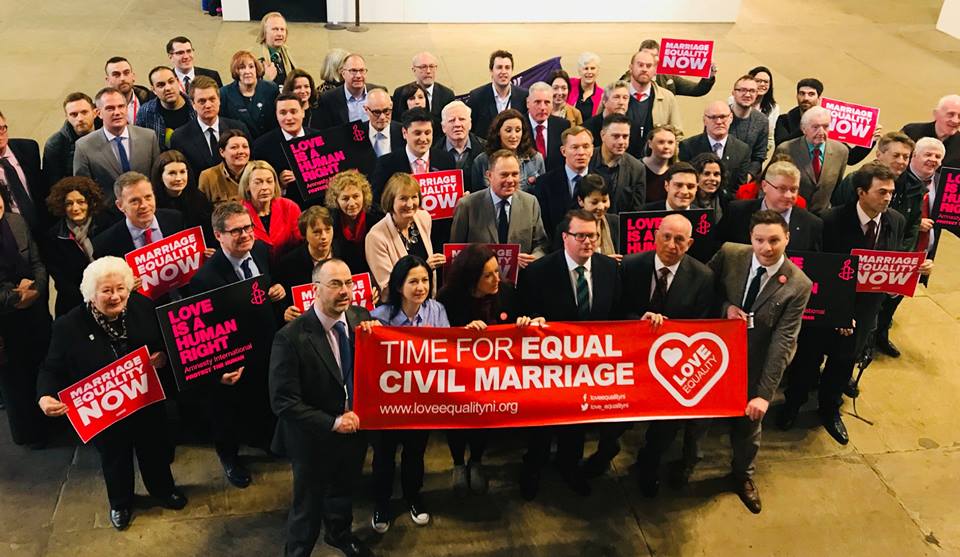 A decision on whether or not to legalise it would normally be decided by the Northern Ireland Assembly, but it has not been functioning for more than a year.Mr McGinn’s bill could be instrumental in changing the law. The LGBT community in Northern Ireland should not have to wait any longer.

It’s time for change and supporting Conor’s 10 minute rule bill today is an important step toward making that happen.