Parliament Takes Back Control of Brexit from Incompetent Government

On Wednesday night, amidst drama and recriminations from Government Ministers and bizarre threats of legal action by rattled Government whips, a rebel alliance consisting of Labour MPs and Parliamentarians from across Parties, including rebel Tories, wrested back control of what will be the biggest constitutional change in 40 years from the Government and returned it to the House of Commons where it belongs. 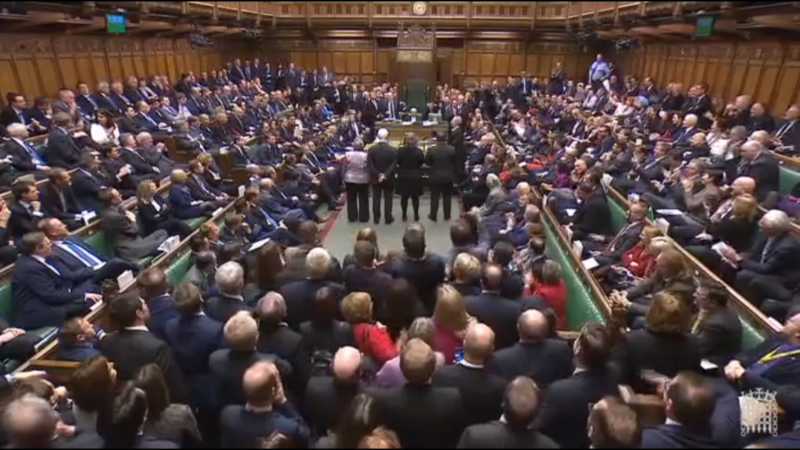 Amendment 7 to Clause 8 of the EU (Withdrawal) BIll was passed by 309 votes to 305 votes, a majority of four. Eleven rebel Tories held firm behind Dominic Grieve’s amendment resisting all efforts to bully and intimidate them by Ministers, Whips and the menacing figures in the Brextremist newspapers. Good for them for putting the Country before themselves and their Party – unlike the Government who have been doing precisely the opposite. However, it is as well to remember that the discipline of the Labour side was crucial to this victory and only two of the usual pro-extreme Brexit Labour MPs actually went through the lobby with the Government. Most abstained. Some voted through the Aye lobby with the rest of us. The Government front bench looked shocked. I don’t think they expected to lose.

Make no mistake, this is a huge blow for the PMs strategy of agreeing to whatever her right-wing Brextremist ideologues demand in order that she can cling to power at any cost, whilst caring nothing about the terrible damage her extreme, deluded form of Brexit will inflict on areas like ours.

Watch out next week for the vote on enshrining in primary legislation the exact date and time of the UK leaving the EU – another sop to the Brextremists in her own Cabinet and Party. That foolish measure is now ripe for being defeated also.

This was a good day for Parliamentarians who believe that this authoritarian and incompetent Government can and must be properly held to account for its behaviour and that “taking back control” means Parliament being in the driving seat.