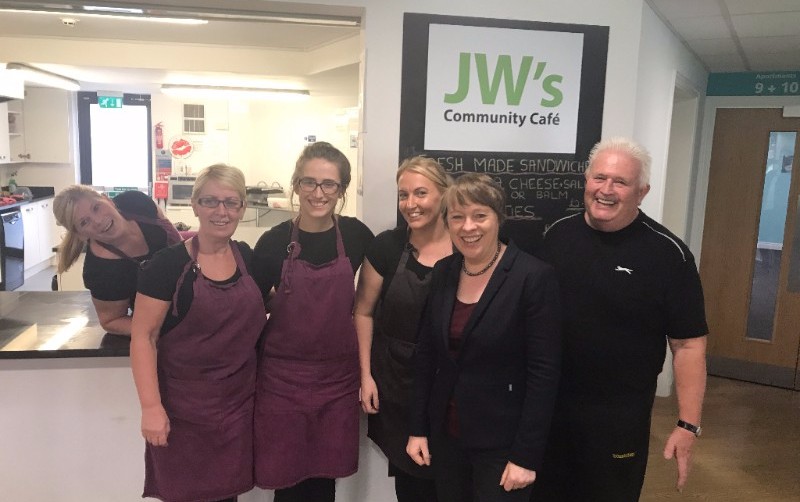 I was given a full tour of their facilities including a volunteer run hairdressers,a laundry service and a community cafe as well as regular events for residents to attend. Flats in the schemehave been designed to be accessible for disabled people and are fitted with a variety of safety features to make independent living easy.

Riverside haveworked hard to make sure that the site is integrated into the community.The onsite cafe ‘JW’s’is open to the public and serves delicious food for anyone to enjoy.I also spoke to Richard, the founder of the Incredible Edible Project which grows vegetables onsitefor the cafe and for local residents. Please show yoursupport for them on their twitter page,@EdibleValley1. It was great to see that the residents were made to feel part of their local community from the moment they moved it. 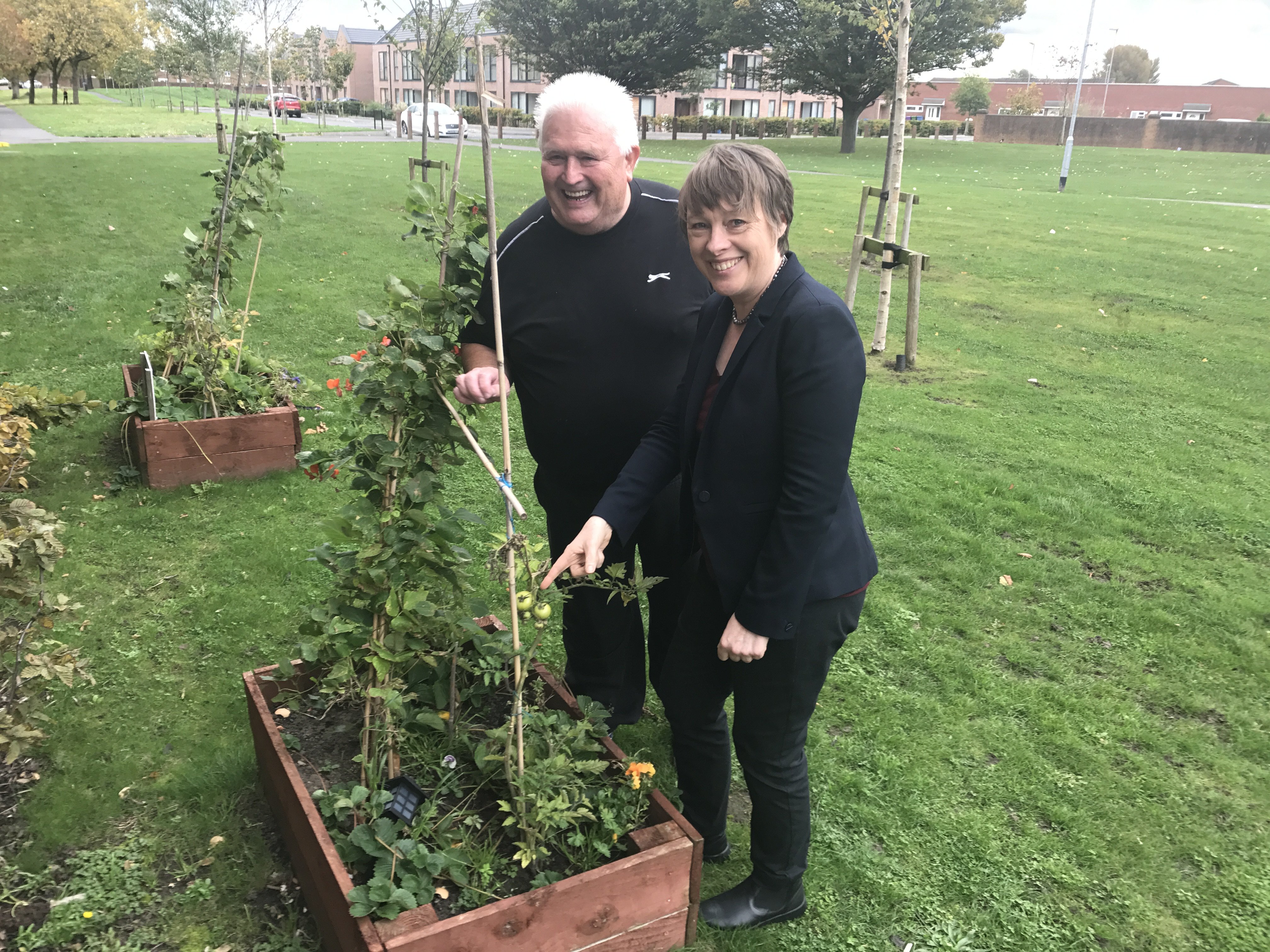 During my tour of the building I had the opportunity to speak to residents about their experiences of living in Joseph William Mews. Everyone I spoke to told me that they were much happier since moving there. I heard similar stories of how health problems and disabilities had made living in their own homes increasingly difficult but that the accessibility of their new flats had solved these problems. They felt safer, happier and more independent living in Joseph Williams Mews.

With an ageing population, schemes like Joseph Williams Mews will become essential to maintaining independence and dignity for older people. I hope that retirement living schemes like this one will be set up in more areas in Liverpool.