This week I joined the Guide Dogs charity to support their campaign to change the law to ban problem pavement parking. 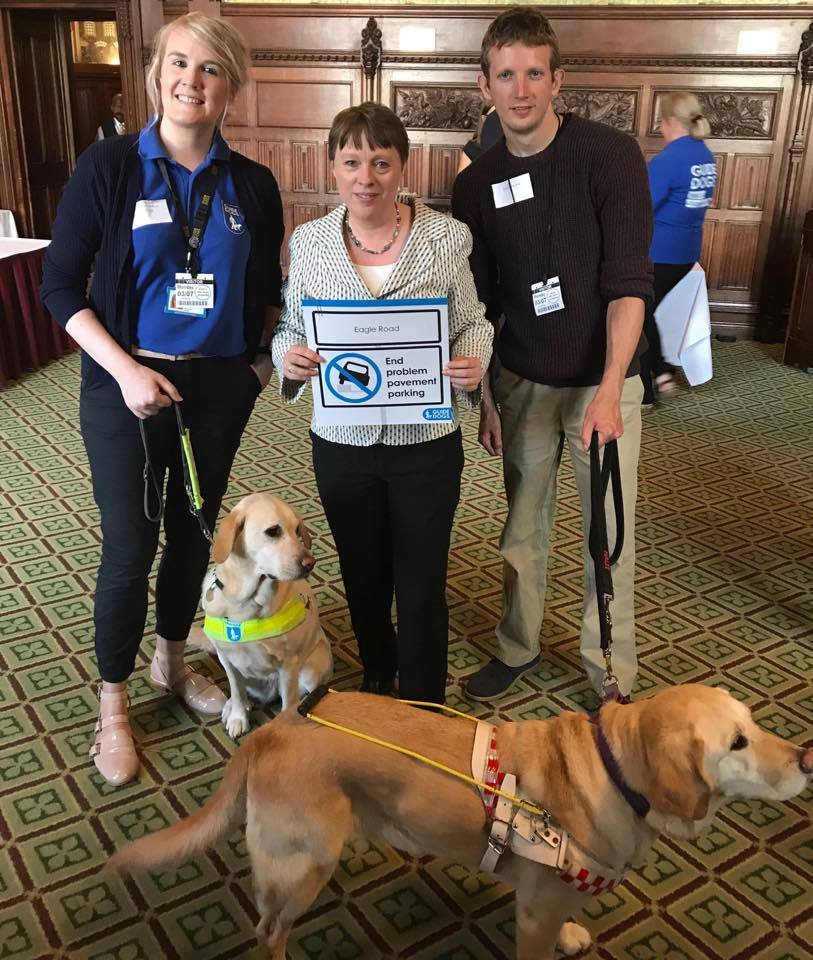 I’ve heard from guide dog owners how parked cars blocking the pavement force them to walk in the road into the path of traffic that they can’t see. For some, this issue poses a risk to their lives on a daily basis. People who use wheelchairs, people with prams or buggies, the elderly and many more are also forced to make risky decisions to get past cars obstructing the pavement.

The Guide Dogs Charity has proposed a simple solution to this issue to improve the safety of all who use our pavements and roads. Designated areas for legal pavement parking.

Parking cars on pavements so they obstruct the walkway isn’t only inconsiderate, in many cases it’s dangerous. It can obstruct the view of oncoming cars and other road users, reducing road safety for all. A change in the law is well overdue.