On Wednesday the Crown Prosecution Service announced that six people would face charges for their part in the Hillsborough Disaster. My thoughts werewith the families and survivors of the Hillsborough disaster on what was a momentous day for them and particularly with those who have lost loved ones in the intervening years who were campaigning for truth and justice and who are not here to see that campaign vindicated. 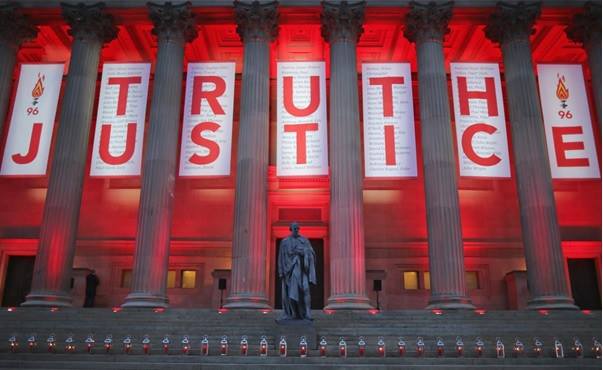 The six people facing charges are:

When Andy Burnham and I called for full transparency and the release of documentation on the morning of the 20th anniversary commemoration in 2009, a call which led to the establishment of the Hillsborough Independent Panel, I did not believe there would ever be criminal charges laid of the kind we now see. I am glad to be able to say that I was wrong.

I now look forward to the criminal law taking its proper course and for the charges against all the defendants to be dealt with in a court of law, by a judge and jury.

On Thursday morning I spoke to the presenters on Good Morning Britain about the Hillsborough Disaster.Also on the programme was Chair of the Hillsborough Family Support Group, Margaret Aspinall whospoke of the how the charges brought by the CPS are another step forward for the families affected in their fight for accountability. To watch, follow the linkbelow and begin from 1hr 48 minutes.