On Tuesday I met with my local constituent Joyce, who campaigns against state pension inequality for women. She told me that she was planning to retire with her Husband at the age of 59 so they could enjoy retirement together. That plan was ruined when she received a letter out of the blue stating that her State Pension Age (SPA) had risen. She is now unable to claim her state pension for another six years forcing her to work until she is 65 and meaning that her husband will be 72 by the time she can claim a state pension. 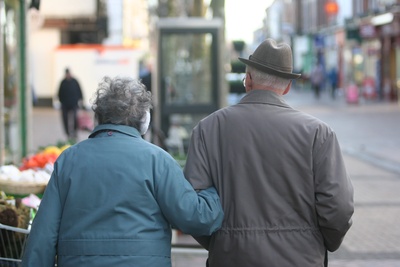 The delay of six years has had a big impact on Joyce’s life. She has been a full time nurse working in the NHS for most of her life. It is hard work and she told me that she now suffers from back and shoulder pain at work. She is worried about the toll that another six years of work will take on her.

Thousands of women across the UK who were born later than 1954 have been affected by the 1995 Pension Act which included changing women’s SPA to 65, the same as men’s. The Labour government overseeing the changes had planned to introduce them slowly over a 30 year period giving all those affected the time they needed to plan for the future. When the Tories won in 2010 they accelerated the process to get it done withinsix years so they could quickly cut billions from the State Pension budget ignoring the effect it would have on women.

The changes also increased the number of years of National Insurance (NI) Contributions needed to access the state pension. I know of many cases where women with serious health conditions are now forced to continue to work for another five years to reach the 35 years of contributions needed. Even worse, some women had already given up work thinking that they would be able to support themselves in the short time before their pension became available. These women now have to look for work that they know it is unlikely they will find to try and make up the extra NI Contributions.

I am supporting the WASPI campaign for fair transitional state pension arrangements for all women born in the 1950’s affected by the changes to the state pension law. This translates into a ‘bridging’ pension to provide an income until State Pension Age -; not means-tested and with compensation for losses for those women who have already reached their SPA.

The changes to women’s pension age have been implemented too quickly which has ruined women’s plans for retirement. Women born later than 1954 have been left with their plans for the future ruined and their incomes reduced. I will continue to work my any of my constituents affected by this and the WASPI group to bring about fair measures to limit the damage caused.

If you have been affected by the 1995 pension act and want my help please email me straight away at Maria.Eagle.MP@Parliament.UK.