On Monday, a 100,000 signature strong petition calling for an outright ban to the UK domestic ivory trade was debated in Parliament. I met with Audrey Gaffney, one of my constituents, to support her and Action for Elephants UK in their fight for this cause. 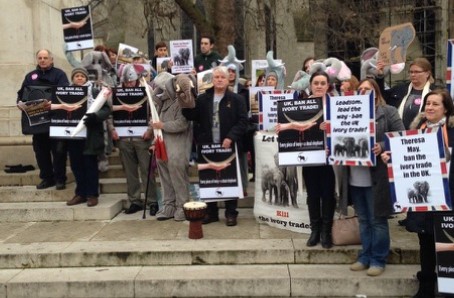 Ivory trading in the UK is still legal for ivory predating 1947. But regulation is weak, and illegal trading rife. It’s estimated that the UK is now the third largest supplier of illegal ivory to the US.

Every year over 30,000 African elephants are killed for their ivory. Legal domestic ivory markets only serve to sustain demand. This has to stop. Without an outright ban, the UK legal ivory trade will continue to act as a cover for the much bigger illegal market.

In 2010 the Tories pledged a ban on the UK ivory trade as part of their manifesto. They made the same pledge again in 2015. As they continue to break their promise, the illegal market grows. An outright ban is the only way to stop the needless, illegal slaughter of these magnificent animals.