On FridayDonald trump implemented a shocking ban on travel for anyone fromIran, Iraq, Libya, Somalia, Sudan, Syria and Yemen preventing themfrom travelling to the United States for 90 days.As the effects of the policy have become apparentit is clear that millionsof people acrossthe world have lost their right to travel. 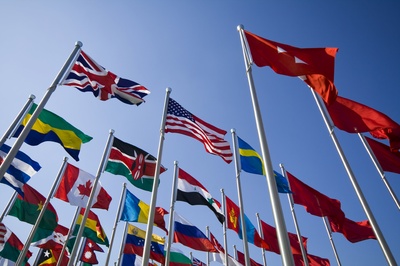 The ban is causing chaos for Muslimsall over the world. More and more stories are emerging of refugees planning on moving to America now being trapped in refugee camps, stories of families unable to visit sick loved ones and of people unable to go about their everyday lives.

The travel ban specifically targets people based on their nationality and faith. There is no escaping the fact that the rights and freedoms of people are being diminished based on the unfounded idea that people from certain countries are more likely to be dangerous. It is intolerant and incompatible with the freedom that America is supposed to represent.

The move has been condemnedby politiciansaround the globe. Theresa May was slow to speak against the travel ban and at first said the”Immigration policy in the United States is a matter for the government of the United States.” The public and politicians from all parties have criticisedher for taking such a weak stance on the matterand Mrs May has now given a statement saying that she does not agree with the travel ban.

Thousands of ordinary British Muslims have been affected by the travel ban including Olympian Mo Farah and Conservative MP’s. The UK must not allow this to continue.As our Prime Minister Mrs May has a duty to speak up on behalf of our country, especially when the rights of its citizens are being affected.

America is known for being a beacon of freedom in the world, a country where the rights and freedoms of its citizens are a founding principle. Restricting the rights of a person based on their nationality is not compatiblewith the ideals that America is supposed to represent.

I hope that the widespread condemnation of the ban will force President Trump to repeal this policy. I can assure you that I will continue to do my duty as your MP by speaking out against the travel ban.