Availability of Defibrillators in Public Areas

On Monday, I raised the issue of the availability of defibrillators in public areas during an adjournment debate in the Commons. 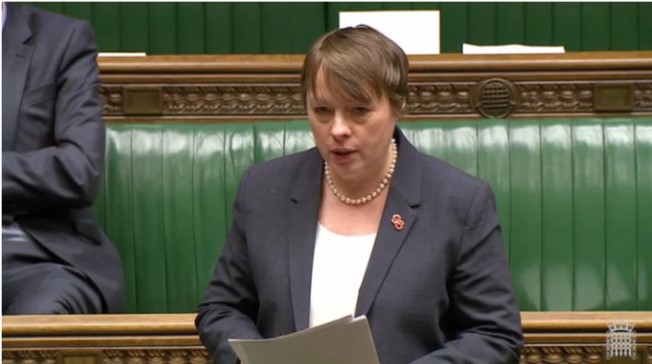 Click here to watch the full video of my speech.

The Oliver King Foundation, based in my constituency, have long campaigned to ensure schools and key public areas are equipped with this life saving device. Mark and Joanne King set up the Foundation after the tragic loss of their son Oliver who died following a cardiac arrest at a school swimming competition. Without a defibrillator available at the school, his chances of survival were dramatically reduced. There’s currently no law which requires schools and high risk public areas to have a defibrillator available. The Foundation are hoping to change this.

The Defibrillator (Availability) Bill was introduced in November last year, and is scheduled to have its second reading on Friday 27th January. However, its introduction under the 10 minute rule procedure means it’s highly unlikely to become legislation.

During Monday’s debate, I urged the Minister, David Mowat, to adopt the Bill as Government legislation. Having already garnered considerable cross party support from 200 MPs, it is not a controversial bill and it will save lives.

I also asked the Minister meet with the Oliver King Foundation to discuss the provision of defibrillators and training nationwide. His agreement to do so represents a positive step forward, and I will hold him to that commitment.

I was disappointed, however, by his refusal to facilitate a meeting with the Prime Minister, something that would offer a much needed boost to the Foundation’s campaign.

The 21st January marks what would have been Oliver King’s 18th birthday, had he survived on that terrible day. The Defibrillator (Availability) Bill presents an opportunity to prevent others families going through the same experience Oliver’s. I urge the Government to seize it.