On Thursday the bodies investigating the Hillsborough disaster and its aftermath passed twenty-three files regarding both people and organisations to the the Crown Prosecution Service (CPS). Prosecutors will now decide whether to bring criminal charges against the unnamed twenty-three. 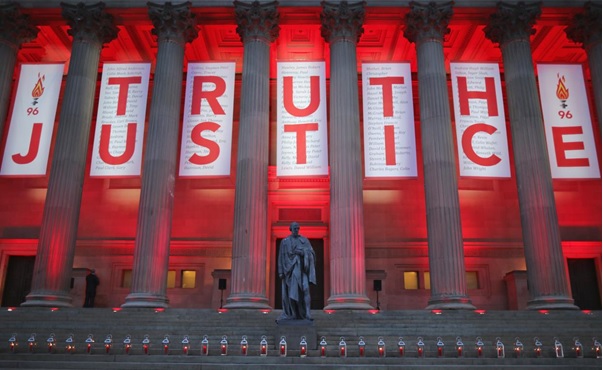 Operation Resolve, the police investigation into the cause of the deaths, has passed on fifteennames. It said the cases it had sent to the CPS included possible charges of gross negligence manslaughter, perverting the course of justice, misconduct in public office and offences for breaches of health and safety laws.

Files on the other eight suspects have been referred by the Independent Police Complaints Commission (IPCC), which has been investigating South Yorkshire police officers since 2012 for allegedly covering up the force’s own culpability for the disaster and mounting a false case that Liverpool supporters were to blame.

That being said,this announcement brings the victims and their families one step closerto the justice they deserve. I am confidentthat when the CPS makes its decisionin six months time those responsible will be held to account for their actions.