On Tuesdaymillions of people returned to work most of them travelling by train were faced with higher train fares on their daily commute. 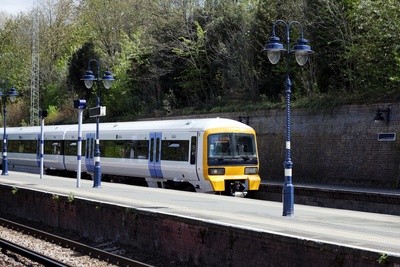 The cost of a season ticket between Liverpool and Manchester has risen by £648 from 2010 to 2017, an increase of 27 per cent. Over the same period, 80 per cent of households have seen either flat or falling incomes. People travelling to work by train five times a week off the Merseyrail network will be faced with another hit to their income over the next year.

The government claims that the higher fares are needed to fund investment -; yet across the rail network vital projects have been delayed by years and essential maintenance works have been put on hold. It is the Government wanting passengers to pay a far higher percentage of the costs of investment, whilst they withdraw from their obligations.

Locally our transport operator Merseytravel has a concession agreement with train operator Merseyrail that includes keeping fares under control and setting them long term. By working together to understand commuter needs and not having a franchise system Merseytravel have maintained the lowest train fare increases in the country. This is further proof if any is needed that the franchising model of rail privatisation brought in by the Tories is nothing but a chance to rip off passengers and taxpayers.

To get the best deal for rail passengers and taxpayers and to secure the long term investment in our rail network the government must look at bringing failing rail franchises back under public ownership as and when their contracts expire.

That would mean fairer fares, investment in the railway and passengers having a stronger voice. Reliable, affordable transport is essential for improving productivity to help our economy and get people to work each day.

Labour will continue to hold the government to account for its rail failure until we see real changes and improvements to our rail network.