Yesterday in the House of Commons Labour held an opposition day debate to demand answers from the Government about what their Sustainability and Transformation Plans (STP) will mean for the NHS. I gave a speech asking for the Government to consult people about the STP for Cheshire and Merseyside and asked them to ensure that any plans were financially viable. 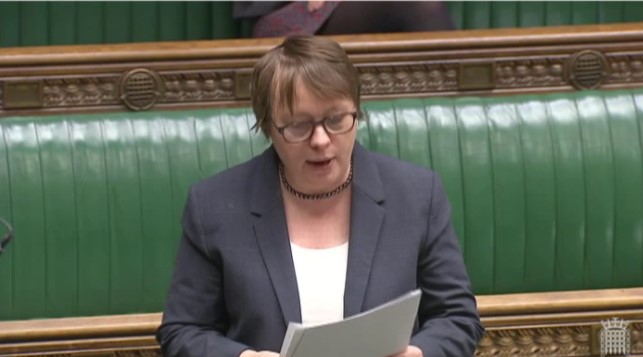 Under the Tories the NHS has been plunged into a financial crisis with trusts in record deficit and struggling to meet day to day costs. Hospitals across England have been starved of investment and left with crumbling buildings and out of date equipment. The current NHS maintenance backlog bill alone comes in at £5 billion -; with high risk maintenance backlog that’s been left undone totalling £775 million.

The independent National Audit Office yesterday said that current financial trends in the NHS were ‘not sustainable’ and criticised the Government’s ‘aggressive efficiency targets’ which are driving deficits.

Across England secret Sustainability and Transformation Plans are being drawn up to transform services and healthcare delivery. The STP for Cheshire and Merseyside has been leaked and shows that the Government is planning almost £1 billion of cuts in the NHS across our local area. Clearly cuts on this scale will not improve local health care.

The plans will force the merger of the Royal, Aintree and Broadgreen Trusts, could cut the opening hours at the A&E in Whiston , “reconfigure” the Women’s hospital, and relocate it to a new building. However, there is now no money available for the NHS to pay for these changes because the STP Implementation fund has been spent on dealing with Trust deficits, which have rocketed. Instead, in an interview with the Liverpool Echo, a senior manager suggested that Liverpool City Council could borrow money to pay for a new hospital building for the Womens hospital building! Such a plan completely ignores the 58% cuts the Tories have made to the council’s budget and the £90m more in cuts to be made in the next three years.

I have no doubt that these plans will worsen the social care crisis in Liverpool, place added financial pressure onto the council and will be used as an excuse to close and downgrade our essential and already busy hospitals.

It is wrong that these plans are going forward with no proper public consultation or real involvement by local authorities. A recent BMA survey found that two thirds of Doctors had also not been consulted about their local STP. The Government seems to be writing these plans based on the ideas of a few rather than the needs of the many.

If the public and doctors were consulted I am sure that the Government would soon find out that every expert body in the country from NHS providers to the BMA to the Health Select Committee are telling the Government the NHS doesn’t have the funding it needs.

People will be understandably distressed at the thought of losing their local A&E or hospital because of a transformation plan that is driven by cost-saving rather than clinical need.

We are calling on the Government to publish the plans immediately and to embark on a full consultation and engagement process with patients, staff, trade unions, local authorities and members of the public.