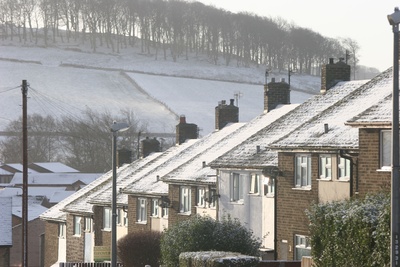 In the House of Commonson FridayLabour MPs and Igave our support to theHomelessness Reduction Bill and made sure that it received its second reading without the need for a vote. The Billaims to ensure that local authoritiestake actionas early as possible toprevent people fromreaching crisis point and becoming homeless.

Sadly the number of rough sleepers has doubled between 2010 and 2015, up 30% in the last year alone and continues to rise. The shameful rise in homelessness is part of the Conservatives’ six years of failure on housing which includes cuts to housing benefit support worth over £5bn since 2010 -; thirteen separate cuts to housing benefit over the last five years, soaring private rents andthe loss of affordable homes.

The Bill strengthens the responsibility of local authorities to assess and find accommodation for people at risk of homelessness. This includes practicalchanges such as making sure that someone can beassessed as being “threatened with homelessness” if it is likely that they will become homelesswithin 56 days, rather the current 28.

I am glad that Liverpool City Council already has a policy of early intervention and has drastically improved how it deals with homelessness across the city. The Council’s homelessness strategy places importance on securing accommodation and then aims to provide a wide range of support to keep people from ending up on the streets.

They have done this by engaging with health and homelessness services in Liverpool so that there is now integration between Adult Services &Health and Liverpool CCG. The council has recognised that manypeople at risk of becoming homeless struggle with mental and physical healthproblemswhich have to be addressed at the same time as finding them an affordable, suitable home.

Thanks to the work of Liverpool City Council the number of people who were classed as being statutory homeless decreased by 56% from 2010 to 2015. I am glad that there will now be a Bill which places similar responsibilities on all local authorities.

However, I am still concerned that Tory policies will limit the impact this Bill could have. For this bill to work costs need to be met by central government. It must not be used as an excuse for the government to devolve responsibility to councils without proper funding, or to shift blame to councils for the government’s failure on homelessness.

I will continue to push for this bill to get through the Commonsas I know that it is vital we deal with the growing issue of homelessness in the UK. Hopefully the cross party support this bill has had means that all MPs are committed to ending this scandal.