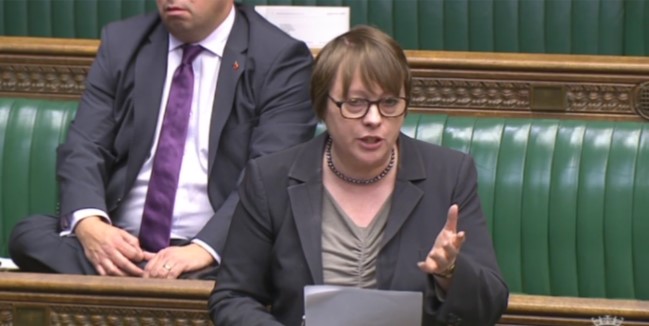 This afternoon the Labour Party called an Opposition debate about the tax credits fiasco caused by HMRC and Concentrix. I spoke in the debate on behalf of my constituents and the thousands of other single mums across the UK who have had their income cut to the bone because of this maladministration.

Weeks after this scandal became apparent, I am still helping constituents to get their tax credits restored after HMRC and their private contractor Concentrix suddenly stopped their payments with little or no warning.

All of those affected in Garston and Halewood have been financially vulnerable single mothers who cannot afford to have their income suddenly reduced. They only found out there was a problem after their tax credits were inexplicably stopped, it was only days later that they received a vague letter accusing them of making a fraudulent claim. This is not explained in the letter they got and it has been left to my constituents to investigate what has gone wrong.

I saw a rapid increase in the number of these cases from August onwards. All of the cases from that time had been wrongly decided and have resulted in HMRC or Concentrix admitting its mistake. I want to know why there was a sudden influx of bad decisions. What information were Concentrix acting on when payments were stopped and why did they make these decisions in such rapid succession?

Poor information about peoples living arrangements was given to Concentrix by HMRC. We now know 80% of the cases HMRC gave to Concentrix were not changed and that out of the 20% of cases they have changed roughly 90% of those decisions have been overturned. Clearly there has been maladministration from both HMRC and Concentrix when reviewing tax credits. I suspect that more fault lies with HMRC, who supplied the proof, than with Concentrix who has been scapegoated for the mistakes.

I am glad that many of these cases have been put back into payment, but that does not go far enough. By the time payments are restored my constituents have already had to face problems with debt, missed household bill payments, rent arrears, borrowed money from family and damaged their credit scores. I hope that the government will look into a proper compensation scheme for those affected by this fiasco.

My Labour colleagues and I are now calling for a thorough investigation into what went wrong with the HMRC -; Concentrix contract and what information HMRC bases its decisions on. The pain inflicted on single parents since August is inexcusable, we must now find why it happened so that we can take steps to ensure it doesn’t happen again.