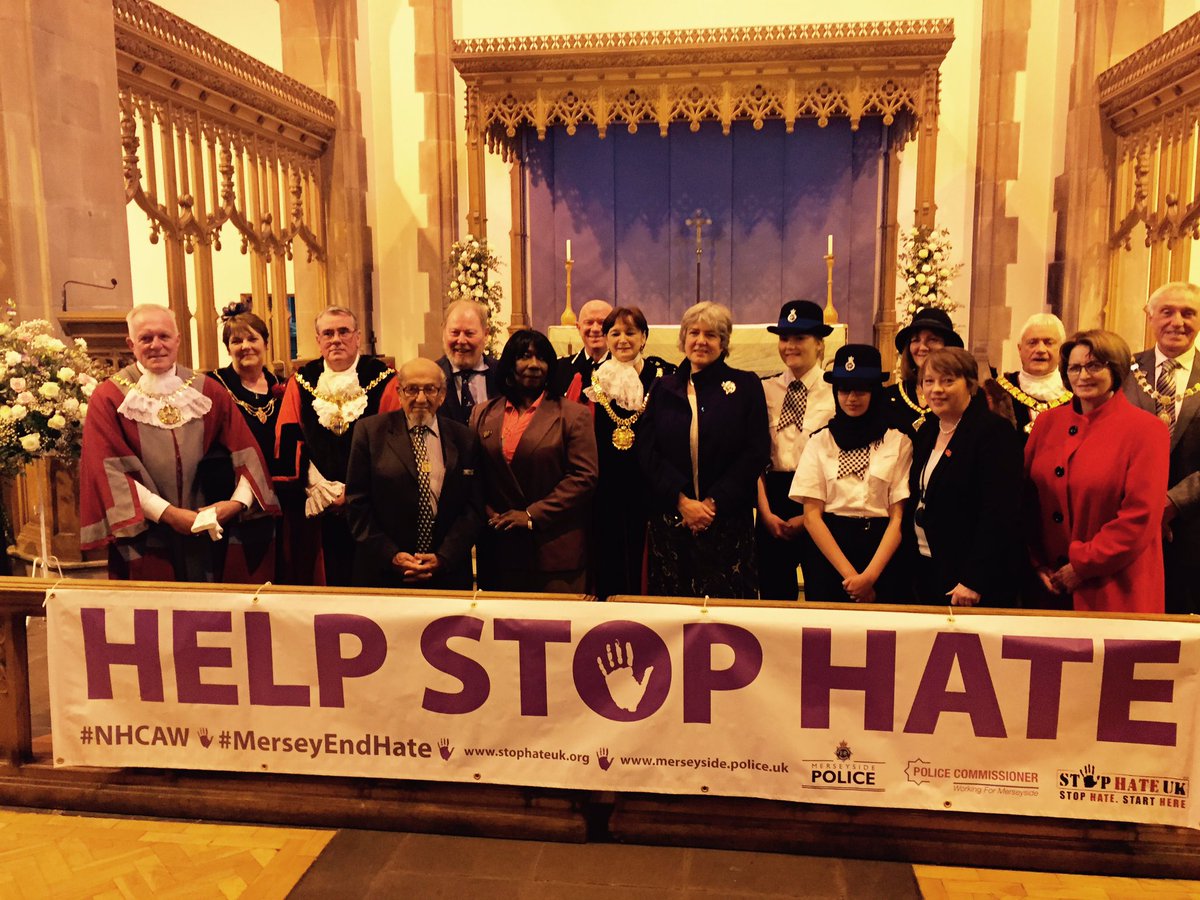 On Sunday I attended the National Hatecrime Awareness Week Liverpool Launch Event organised by Merseyside Police and Police & Crime Commissioner (PCC) Jane Kennedy at Liverpool Parish Church to show my support for the work they are doing across the country.

I stood with fellow MPs, PCC Jane Kennedy, Merseyside Police and other anti-hate crime groups to mark the start of a week where all of us are asked to think about hate crime in our communities.

Many events are being held across the country this week to promote tolerance of others and to ask us all to be aware of the problems that those around us face.

Since Britain voted to leave the EU in June, Stop Hate UK’s helpline saw an increase in call volume of 61% in the four weeks directly after the referendum result was known -; compared to the four weeks prior to the vote -; which is a staggering increase, resulting in the charity making a 40% increase in referrals to the police.

Although their report shows several motivations for the reported incidents, those motivated by race showed the biggest increase, followed by reports that were motivated by disability.

Hate crime of any kind, directed against any person, any community, any race or religion is wrong. By standing together, for tolerance and against hate, we can create a more equal, more inclusive society.