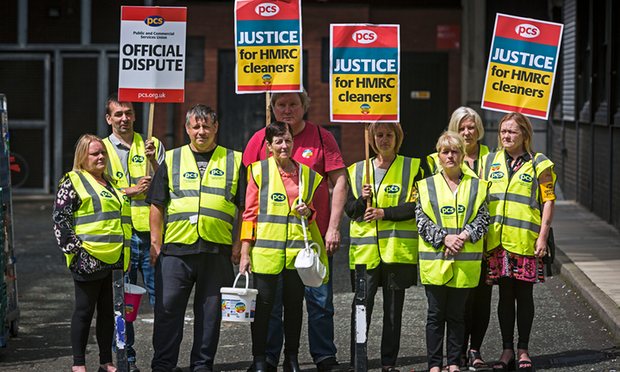 I have written to the Prime Minister Theresa May to demand that she urgently looks into the pay dispute between cleaners, who clean HM Revenue and Customs (HMRC) offices in Bootle and Liverpool, and their employer ISS.

I was initially contacted by my constituent who is one of around 30 cleaners employed by ISS in HMRC’s Liverpool offices. They are members of the PCS Union and claim their employer, cleaning contractor ISS, has cut their hours to off-set the extra cost of paying the new National Living Wage.

The workers took two days of strike action last week and have now imposed a work-to-rule and an overtime ban. Further strike action is possible in the weeks ahead.

The workers had expected a 50p-an-hour pay rise as a result of the Government’s new National Living Wage rules, which came into force last April. While they are getting the higher hourly rate, their overall pay hasn’t changed because ISS has reduced their hours to save money.

The consequence of working reduced hours has meant that my constituent has lost her entitlement to in-work benefits worth around £50-a-week. I demand to know what the Prime Minister proposes to do to prevent employers such as ISS exploiting low paid workers.

The need for industrial action in this case is embarrassing for HMRC and for the Government. HMRC is the Government department responsible for ensuring that the National Living Wage is enforced. Now workers are being exploited directly under their noses, it is critical that HMRC takes action to stop this from happening.

In my letter to the Prime Minister I said:

“My constituent has worked all her life. She earns just over £200 a week. She tells me that money is really tight and she has been struggling over the last few years. She was expecting a £15 a week pay rise when the Living Wage was introduced in April following Budget 2015 -; this was a promise made, you will recall, just before the General Election. It would have represented a welcome boost for her and just the kind of boost that the former Chancellor said he intended the policy to provide.”

“She is the kind of person I thought you were addressing from outside 10 Downing Street during your first public statement as PM.”

“She didn’t get the pay rise she was expecting and that your budget and election manifesto indicated that she should. Instead, her employer, a transnational corporation, headquartered in Denmark and one of the largest employers in the world, which doubled its profits last year to £250m, cut her hours from 30 to 28 specifically to ensure that she didn’t get paid any more than before.”

“How do you propose to stop hardworking people like my constituent being cynically exploited in this way by a money grubbing transnational company which prefers cynically to exploit its workers rather than implement the intention of your living wage policy?” I will be keeping the pressure on the Government to make sure they act swiftly and I will provide an update when I have received a response to my letter.”